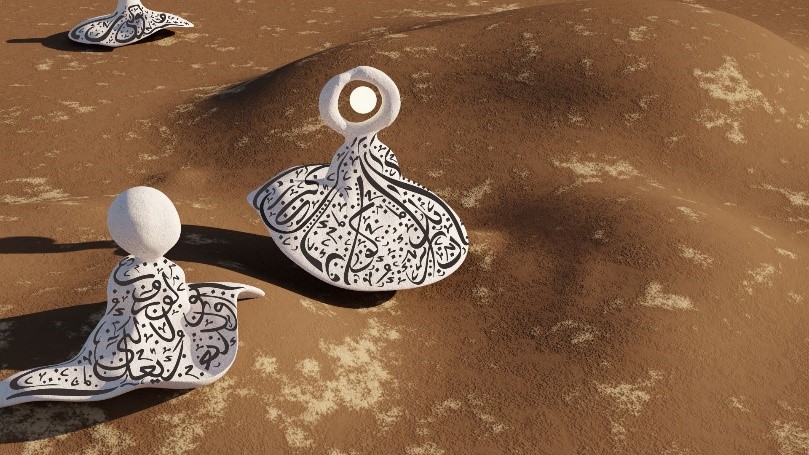 Register for free via Eventbrite!

In all religious traditions across the world, mystic movements can be found. Mysticism often refers to becoming one with God but may also refer to any altered state of consciousness with a religious or spiritual meaning. Sufism is the mystic movement of Islam and is characterised by particular values, doctrines, institutions and religious practices.

Sufism can in a broad sense be described as the interiorization and intensification of Islamic faith and practice. While all Muslims believe they are on the pathway to Allah and hope to become close to God in Paradise after death and the Last Judgement, Sufis also believe it’s possible to become closer to God and embrace the presence of God more fully in this life. The aim of Sufis is to work to restore their state of purity and innocence within themselves, a state of purity which Muslims believe everyone is born with.

Jalāl ad-Dīn Mohammad Rūmī, commonly known as Rumi, was a 13th century Persian poet, Islamic scholar, jurist, theologian and Sufi mystic. His influence and spiritual legacy are wide-spread across Iran, Turkey, Greece, Afghanistan, central Asia and beyond. Rumi’s poetry is read across the world and has been translated in many languages. In particular his extensive poem Masnavi is considered one of the greatest poems of the Persian language.

In this lecture,  Asghar Seyed-Gohrab will devote his attention to Rumi’s mysticism and philosophy, discussing how his biography and poetry have become sources of inspiration for both Muslims and non-Muslims. Why does Rumi attract generations of people to his philosophy and his poetry? What does the “religion of love” that he introduces mean? What are the roots of this religion and why is this reliance on love criticized by conservative Islamic theologians? How does Rumi define religion, piety, and love? These and several other questions form the core of this lecture. 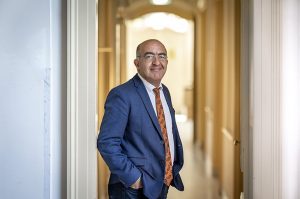 Asghar Seyed-Gohrab is professor of Persian and Iranian Studies at Utrecht University in the Department of Philosophy and Religious Studies. He has been the recipient of several prizes such as a VENI and a VIDI grant from the Netherlands Organisation for Scientific Research (NWO), and in 2021 he received the prestigious ERC-Advanced Grant for the project Beyond Sharia: The Role of Sufism in Shaping Islam. He has published extensively on Persian literature and Islamic mysticism for both specialists and the general public. He has written several monographs on subjects, ranging from classical Persian poetry to Sufism and the role of mysticism in the Iran-Iraq War (1980-1988) and how peaceful religious injunctions are used to justify violence. In addition, he has published many articles in international journals, book chapters, blogs, translations of poetry, and many book reviews. He is the founding general editor of the Iranian Studies Series at Leiden University Press with currently 28 book titles available. His most recent publication is Martyrdom, Mysticism and Dissent: The Poetry of the 1979 Iranian Revolution and the Iran–Iraq War (1980–1988), Berlin: de Gruyter, 2021.

COVID-19 REGULATIONS
This lunch lecture in the Orange room of the TU Library is organised in line with current COVID-regulations applying to the TU Delft. Don’t forget to bring your face mask: wearing a face mask is required while moving around in the Library and can taken off while seated. During the event, you are asked to adhere to the 1.5m distance rule. A QR-code is not required. If you have registered for the event, a small lunch will be waiting for you upon arrival. See you there!

SG’s GLOBAL PHILOSOPHIES LECTURE SERIES
Who am I? What is a good life? And how do you build a just society? Philosophy asks the big questions in life, but the answers of course are diverse. In the West we look to different thinkers and theories than in the East or the South. What else is there beyond Plato and Nietzsche? Studium Generale will introduce you to a series of different philosophical traditions from China, India, Africa, and the Americas. An acquaintance with other ways of thinking, but also with believing, seeing, and feeling through philosophy, poetry, theatre, and other forms of art.