It’s one hundred years since women protested for their rights and demanded the right to vote. Much has changed since then, but in many parts of the world woman still play an inferior or submissive role. Where exactly do we stand, when it comes to the completion of equal rights for women?

This exhibition explores the current status of women in various parts of the world like China, Iran, South Africa or Ireland. Based on cases by Amnesty International we can meet all kinds of young women who stand up and fight for their rights on education, equality, freedom and the right to dispose of their own body and sexuality. Their stories give us a vibrant and dynamic view on various women’s rights topics. This exhibition also challenges us to rethink the current situation within the Western culture. Are women’s rights as well secured as we are inclined to think or take for granted? 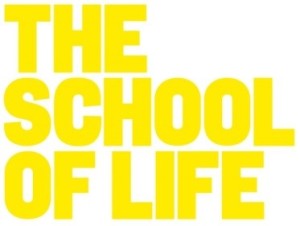 Marianne Vos was born on 13 May 1987 in s-Hertogenbosch, Noord-Brabant in the Netherlands. Ever since she can remember she has had a love of sports, from ice speed-skating to rollerblading to cycling. She always wanted to compete! Marianne Vos first caught the cycling bug when she was 6, following her brother Anton to races had made her eager to jump on the bike and race as well. Marianne Vos got her first bike at the age of 6 and was racing by the time she was 8, it was meant to be!

When Marianne Vos won her first rainbow jersey in 2004, the thought of a career as professional cyclist first crossed her mind. Not many girls go professional on a full-time basis but she decided to give it a go and try her best. In 2008 Marianne Vos went to her first Olympics and came home with a Gold medal from the Points Race. According to Marianne Vos the Olympics is the pinnacle of sport and winning a gold medal there was “simply amazing”. In 2012 she returned to the Olympic games to win gold on the road race. The price she always wanted.

Marianne Vos’ dream is to make cycling more accessible and popular for women. Alongside the efforts and visions of many others, new and exciting initiatives such as La Course and the Women’s Tour of Britain have been launched.

Maxime Jonkers started sailing an Optimist when she was only 6 years old. At the age of 12 she started competing in international contests. Since 2010 she is sailing a Laser 4.7 boat and in 2011 she became the European Champion in her class. Not only did she become European Champion, in the same years she also became European- and World Champion below 17 on the Laser Radial.

In 2011 she also started sailing at the Topzeilacademie in Scheveningen, where she trains with the Delta Lloyd Talent team. Maxime choose to study in Delft because of the close access to training facilities in Scheveningen. A study had to be chosen that was located close to The Hague.

Maxime now studies Maritime Engineering because of her interest in mathematics and physics. Combining study with her sport is hard. Maxime can be found on the water for about 4 days a week and she also trains 6 to 7 times in the gym a week.

While being abroad for training in winter it becomes very hard to combine study and sports. Luckily Collegerama makes it possible to check colleges online. During international events it is not possible for her to study at all. Studying takes up a lot of energy and tires her. For Maxime sailing is her top priority so studying will have to wait during international contests.

Sietske Visser started archery at the age of 16 years, about 7 years ago. She combines her Master Integrated Product Design at Industrial Engineering with Archery, which is not always easy. In her Bachelor she spends many evening hours training and studying, with little free time left. But for Sietske, it is worth it.

Her biggest challenge is to do everything what she wants to do, without crossing her own borders. Managing tasks and time takes a lot of energy and involves taking hard decisions. There is only a limited amount of energy you can divide between study, sports and free time.

Part of the Celebration of International Women’s Day ’16 is the Amnesty International in-depth session about the exhibition on women’s rights. After this intriguing session, Maartje and Kine will play a compilation of their work ‘Goldberg Machine’. This compilation is Dutch spoken.

Maartje and Kine (http://www.maartjeenkine.nl) stormed theaters with their hugely successful debut program “Strange Folk” after their studies at the conservatory and TU Delft. This energetic, cheerful, endearing and sharp duo is like a fresh wind and toured around more than 120 cities.

In their second theatre play the “Goldberg Machine’, music and art are coming together in a comedy show about inventions, dreams and chain reactions. A dive into a world of scientists and inventive composers. Naturally wrapped in its own Maartje and Kine-style: humor, catchy Balkan beats, classic with a twist and virtuoso folk from all over the world. With a violin, accordion, banjo, ukulele, balalaika, trumpet, piano and many other instruments. A performance that ‘ll make you smile for 24 hours. A feast!

Maartje and Kine write a montly number for Giel 3FM and performed, among others at DWDD, the Top 2000, KunststofTV, Tijd voor Max, Lowlands, Oerol and the End Month Show of Martijn King on HumorTV. Maartje and Kine’s play: comedy and villainous.