What would it be like for Europeans if the tables were turned with Africa?

Imagine climate change has caused a large part of Europe to become uninhabitable due to flooding. The African Union decides to close all borders to refugees, migrants, and all displaced people except their own citizens. Where would you go? To whom could you turn for help? And what does this scenario say about the relationship between Europe and Africa today?

Mo Hersi is a filmmaker and comedian who, in this short mockumentary, paints a picture of a “what if” reality that’s worth contemplating. Join us in watching  and discussing “The Last African in Europe” with Mo and the audience. The event will take place via the VOX Delft online conference call channel on Discord.

Link to VOX Discord server here. Download the Discord app beforehand (also free) if you want to be able to see other peoples’ video. You can find some tips here to get you started on using Discord.

This event is organized by SG in cooperation with VOX Delft and is part of the Decolonising Knowledge series.

The Decolonising Knowledge series will be launched as pre-recorded lectures on YouTube on select Tuesdays in February, March, and May 2021. Live online discussion sessions will be organized on Tuesday evenings via VOX Delft, the open discussion platform of the TU Delft. A link to the discussion will be announced here soon. 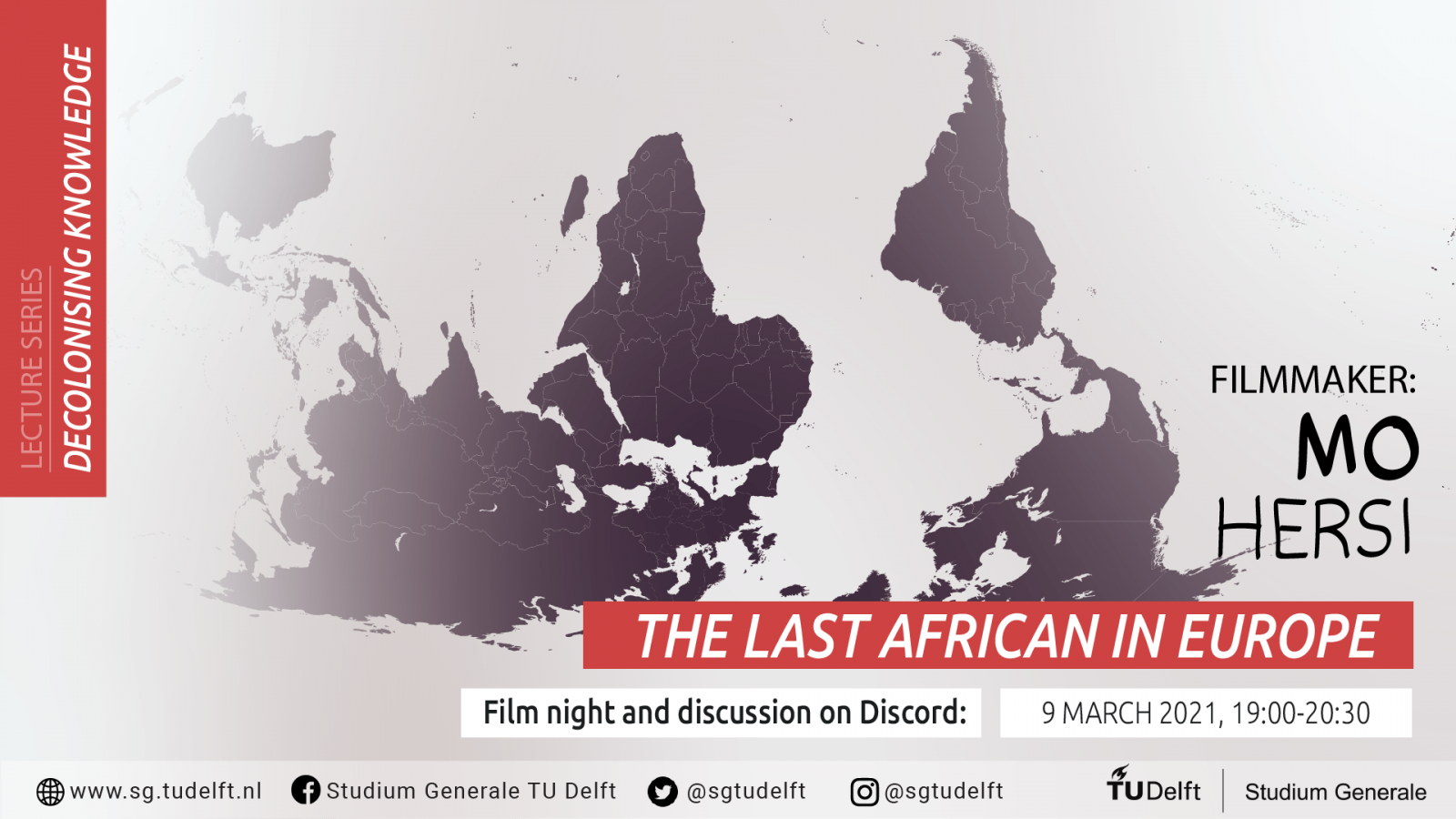