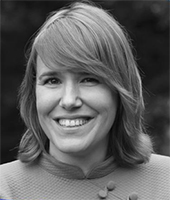 Sign up now and arrive early, because the first 50 students (present at the event) receive a copy of the book ‘Het exacte verhaal’ or ‘Don’t be such a scientist’ for free!

So you’re going to be an engineer? But what’s next? For some opportunities seem endless, making it impossible to choose. Others are still looking for the perfect career path. Whatever position you might be in, good examples, best-practices and role models always give some sense of direction and insight into the possibilities that lie ahead of you. Fortunately Delft University of Technology (DUT) has some wonderful and successful alumni, and we want you to meet them!

Studium Generale and The Alumni Relations Office have launched a new series called Inspiring Dialogues: interactive interviews with renowned DUT alumni giving you, the students, a chance to meet and talk to inspiring personalities that will help you skyrocket your career!

After a successful kick-off, we continue the series with Ionica Smeets on 7 May 2019! Our Alumnus of the year in 2018 graduated from the Faculty of Electrical Engineering, Mathematics & Computer Science in 2005, and is currently Professor of Science Communication at Leiden University. The general public knows her for her popular science columns, blogs, books and television work. She has also written several books on science communication.

During this interview Ionica shares her experiences as a student at our University and reveals how she became an outspoken advocate of science communication. It goes without saying that there’s room for questions, so come join us and prepare to be inspired!

Many people excel at just one thing. Not so Ionica Smeets. She excels at communications, science, mathematics and much more … Anyone who aspires to be multi-talented is more than welcome to hear her talk on 7 May.

The city of Delft and TU Delft have woven in and out of Smeets’ life. She was born in Delft in 1979 and earned her BSc and MSc in Technical Mathematics and Applied Mathematics respectively at TU Delft before continuing her PhD at Leiden University. Smeets has always been interested in how to communicate science and mathematics, often perceived as difficult subjects, to wider non-specialised audiences. She carried this thought with her throughout her studies.

In 2004, while studying for her BSc here at TU Delft, Smeets started her career as a freelance science journalist. She writes weekly science columns for the national newspaper ‘De Volkskrant’ and for magazines such as the ‘New Scientist NL’. She also occasionally presents television programmes about science such as ‘De Nationale Wetenschapsquiz’ (the national science quiz).

After her PhD in mathematics, Smeets undertook research at Leiden University with Prof. Bas Haring into how to best explain science to general audiences. This led to the writing of a collection of stories published in a compilation called ‘Vallende Kwartjes’(literally dropping coins or the penny drops).

Since 2015, Smeets is Professor of Science Communication at Leiden University, where she leads a research group that strives to improve science communication with themes such as ‘Authenticity in informal learning’ and ‘Bridging the gap between experts and the general public’. This group also offers a master specialisation entitled Science communication and society that enables students to bring together their field of science and society.

Smeets has published several books, including ‘Ik was altijd heel slecht in wiskunde’ (I was always really bad at maths) which won the Zilveren Tulp for non-fiction in 2011. Her research on science communication can be found in journals such as the Hydrology and Earth System Sciences in which she co-authored the aptly named ‘Geoscience on television: a review of science communication literature in the context of geosciences’.

As though bridging the gap between the wider public and science and mathematics was not enough, Smeets has also published books and magazine articles about pregnancy and motherhood. One of her best known books, ‘Zoete kinderen eten geen suiker’(sweet children do not eat sugar) busted myths and unasked advice about pregnancy and child rearing. One of the magazines she has written for is ‘Kek Mama’ (cool mama!), and Fabulous Mama named her one of the 40 most fabulous mums of 2013.

Ionica Smeets was our Alumnus of the Year in 2018.

As a hardcore scientist it is not easy to bring your work to the attention of a large audience. Not because exact sciences are necessarily difficult, but because for many people Higgs particles and prime numbers seem more abstract than war and love.

How do you convey the core of your research? What do you pay attention to when choosing a topic? How do you write an accessible article for the newspaper? Do you use metaphors and formulas or not? How do you prepare for an interview? What makes your lecture inspiring for non-colleagues?

Ionica Smeets gives numerous practical tips and advice, based on her own experiences and those of prominent scientists and journalists such as Robbert Dijkgraaf, Rob van Hattum, Margriet van der Heijden, Diederik Jekel, Lieven Scheire, Govert Schilling and Freek Vonk.

‘Het exacte verhaal’ is a practical guide for science scientists, engineers, editors, educators, teachers, and others who want to make complex concepts accessible to a wide audience.

When Randy Olson first described his life-changing encounter with an acting teacher in Don’t Be Such a Scientist, it seemed like the world of science was on the cusp of gaining new respect in the public eye. Through his writing, speaking, and films, Olson challenged scientists to toss out jargon in favor of a more human approach, bringing Hollywood lessons to the scientific community. Yet today, in everything from government funding cuts to climate change denial, science is under attack. And while communicating science is more crucial than ever, the scientific community still struggles to connect with everyday people.

The time is right for a new edition of Olson’s revolutionary work. In Don’t Be Such a Scientist, Second Edition, Olson renews his call for communication that stays true to the facts while tapping into something more primordial, more irrational, and ultimately more human. In more than 50 pages of new material, Olson brings his pioneering message to this new age, providing tools for speaking out in anti-science era and squaring off against members of the scientific establishment who resist needed change.

Don’t Be Such a Scientist, Second Edition is a cutting and irreverent manual to making your voice heard in an age of attacks on science. Invaluable for anyone looking to break out of the boxes of academia or research, Olson’s writing will inspire readers to “make science human”—and to enjoy the ride along the way.

A new book that will appear in April: https://www.nieuwezijds.nl/Boek/9789057125287/Ype-Ionica-de-verrassende-verjaardagen/