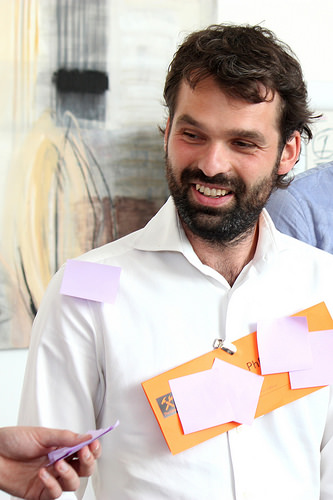 In this lecture the basics of money, banking and financial markets will be introduced. Martijn Jeroen van der Linden will answer questions like where does money come from? How do commercial banks function? Why is there so much debt? And is a more stable monetary system possible? Will the Euro fall? Why do students have to loan so much? Are there other ways to trade value?

In 2004 Martijn Jeroen van der Linden graduated from Tilburg University where he studied Business Administration. Thereafter he spent five years in financial industry. Since the financial crash of 2008 new economic thinking has become more and more important to him. During the last five years, van der Linden has had various jobs in this field among others as coordinator of the Dutch platform for a green and social economy, freelance researcher, speaker and board member of an NGO named ‘Our Money’ (Ons Geld).

In February 2014 van der Linden started as a researcher and PhD-candidate at TU Delft. His thesis, titled Money: Object of Accumulation or Enabler?, is concerned with the phenomenon of money. The overall aim is to answer the question how the functioning of the monetary system could be improved in terms of equity, freedom, and efficiency.