Recording: World at War: The Future of War

The Future of War – What is war today and in the near future?

War and technology have always been intertwined. But our high-tech age is drastically changing the landscape and the rules of warfare.

What are the goals of today’s conflicts? And with robots, drones, hacking, etc, what would a full-scale war look like? What would set it off, and would we be ready to fight in such a war? During this lunch lecture we will address these questions with commodore professor Frans Osinga, who will discuss modern warfare and the importance of geopolitical, technological and ecological developments.

The World at War series will be launched as pre-recorded lectures on YouTube on select Tuesdays in March, and May 2021. Live online discussion sessions where we’ll first screen the recordings will be organized on Tuesday evenings via VOX Delft, the open discussion platform of the TU Delft. You can join them for free through the VOX Discord server here. Download the Discord app beforehand (also free) if you want to be able to see other peoples’ video. You can find some tips here to get you started on using Discord. 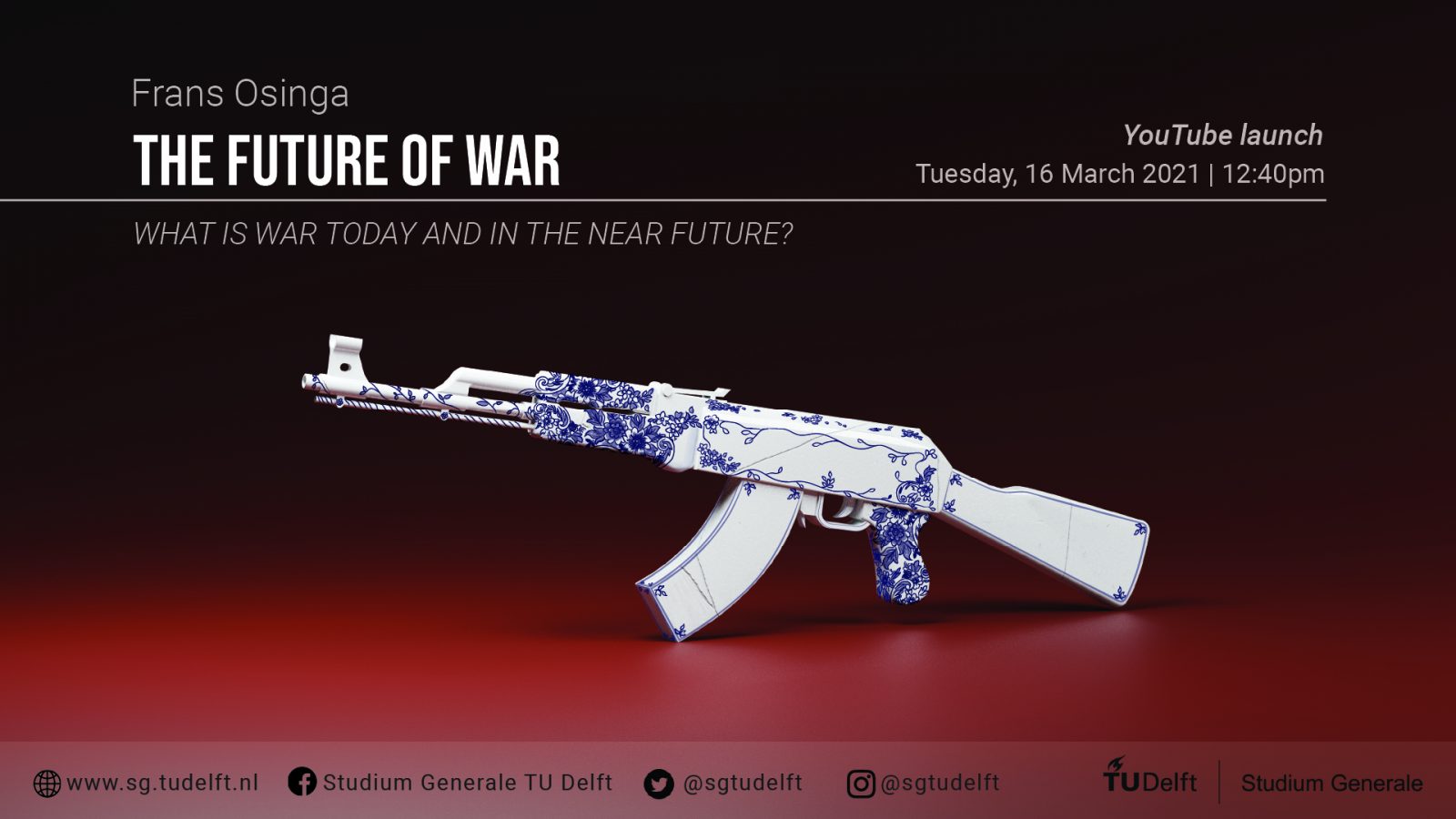