Development of the architecture student goes a lot further than just architecture. The symposium committee of Stylos, the student association for the faculty of Architecture, combines architecture with other themes in this final series of lectures of the year. Often, combining themes lead to inspiration and new insights. In this series of lectures, the following topics are to be discussed:

• Dance, by PIETER T’JONCK, on May 19. Pieter T’jonck wrote in many newspapers about architecture, dance and arts. He will speak about the relation between architecture and dance.

• Film, by JORD DEN HOLLANDER, on May 27. Jord den Hollander is an architect, teacher at design academy Eindhoven, founder of the architecture film festival Rotterdam and moviemaker.

• Music, by HERMAN HERTZBERGER, on June 10. Herman Hertzberger is the architect of music hall Tivoli Vredenburg. He will speak about how music affected the architecture.

• Social media, by JAMER TAYLOR-FOSTER, on Juni 17. James Taylor-Foster is a writer, researcher, architectural designer and editor of Archdaily. He will tell us about the impact of social media on architecture.

During the lectures there will be FREE lunch. Visit the Facebook event page for more information. 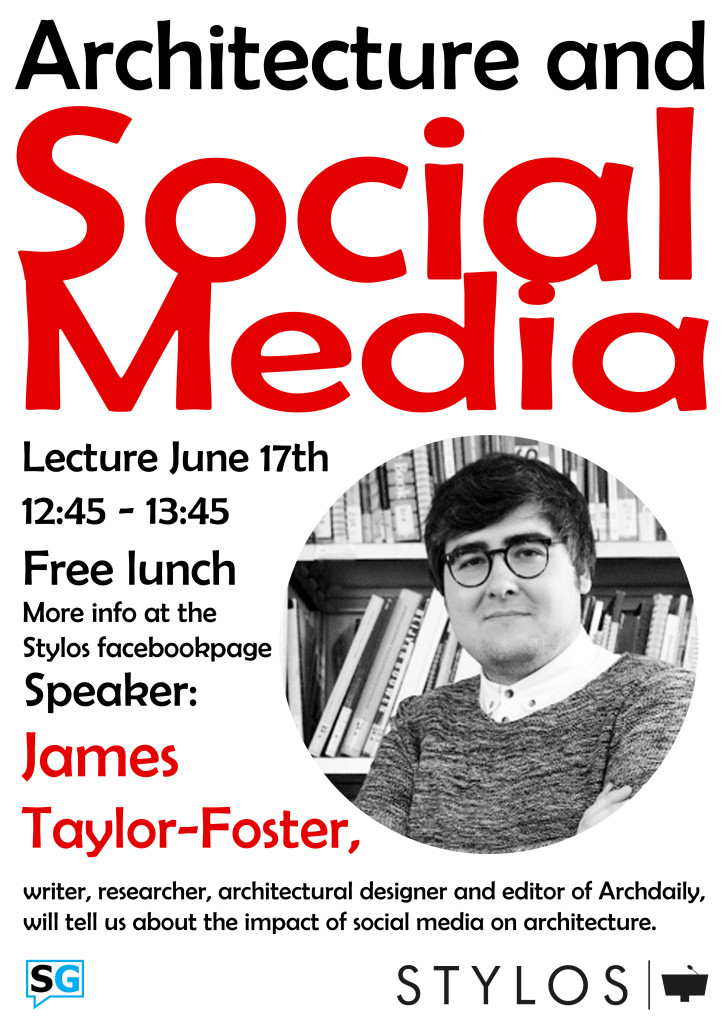