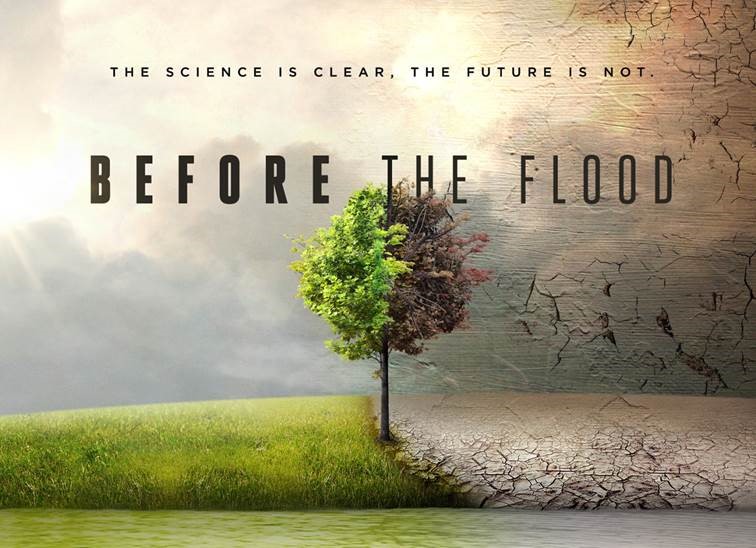 An evening during which we give some serious thought on how to stop talking, and start doing something about the effects of climate change. Actions speak louder than words, as they say.

At 18:00, you can watch Before the Flood, the intriguing documentary from National Geographic. The screening is followed up by a panel discussion which starts around 20:00 with – among others – David Peck, researcher in the field of critical materials and circular design.

Before the Flood:
“If you could know the truth about the threat of climate change — would you want to know? Before the Flood, presented by National Geographic, features Leonardo DiCaprio on a journey as a United Nations Messenger of Peace, traveling to five continents and the Arctic to witness climate change at firsthand. He goes on expeditions with scientists uncovering the reality of climate change and meets with political leaders fighting against inaction. He also discovers a calculated disinformation campaign orchestrated by powerful special interests working to confuse the public about the urgency of the growing climate crisis. With unprecedented access to thought leaders around the world, DiCaprio searches for hope in a rising tide of catastrophic news.”

David Peck researches and teaches in the field of critical materials and circular design. He is a manager of the tri-partite university partnership Leiden-Delft-Erasmus Centre for Sustainability (CfS). The CfS has a focus on resources, circular and cities.

He is responsible for the funding opportunities in the centre. David is the university leader for the Ellen MacArthur Foundation pioneer university programme and is the representative for all the university faculties. He has also been a senior mentor for the Schmidt-MacArthur fellowship programme. He is manager for the TU Delft in the KIC EIT Raw Materials, the 7 year+ EU programme on raw materials: sustainable exploration, extraction, processing, recycling, remanufacturing and substitution with a core focus on closing loops.

Other experts in the field who will join the panel discussion are to follow, so stay tuned!

This event is organised jointly with Sports & Culure, The Green Office and Fossil Free TU Delft.