DISCOVER WHY RUSSIA HAS BEEN BANNED FROM THE WINTER OLYMPICS
Even if you’re not into sports, you can’t have missed that something has been going on with Russia and the Olympic games.

While shooting a documentary about steroid use by amateur cyclists, filmmaker Bryan Fogel accidentally stumbled upon the biggest doping scandal in decades. Fogel came in contact with the head of Russia’s anti-doping program Grigory Rodchenkov. The adventure led to uncovering an enormous doping scheme, orchestrated by the Russian government. After fleeing to the United States, Rodchenkov testified to the scheme which became public in an interview with the New York Times. Because of his life threatening position, he is now in protective custody.

On Wednesday January 10th, this award winning documentary, Icarus, will be shown in the Senate Room (Aula). After the film screening, a discussion is hosted with former Olympic champion and IOC member Claudia Bokel (also featured in the documentary).

Wednesday January 10th
Free pizza is served at 18:00
Movie will start at 18:30
Senate Room, Aula
Admission is free and pizza will be provided! 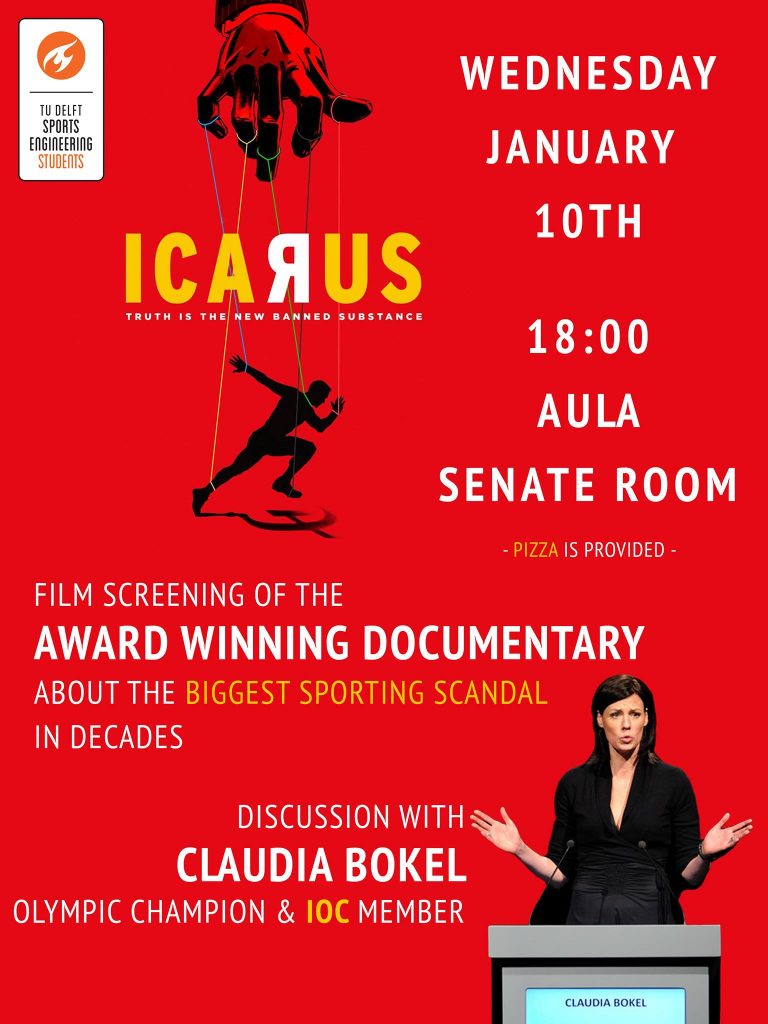