Will technology ever help us to create the world that we really want? In this gripping exhibit of photos by Ukrainian photographer Danila Tkachenko, the deserted remains of Soviet technology stand as illustrations of a deserted ideology.

“The project “Restricted Areas” is about utopian strive of humans for technological progress.

Humans are always trying to own ever more than they have – this is the source of technical progress, which was the means to create various commodities, standards, as well as the tools of violence in order to keep the power over others.

Better, higher, stronger – these ideals often express the main ideology of the governments, for these goals they are ready to sacrifice almost everything. While the individual is supposed to become a tool for reaching the set goals, and receive in exchange the higher level of comfort.

I travel in search of places which used to have great importance for the technical progress – and which are now deserted. Those places lost their significance together with the utopian ideology which is now obsolete. Secret cities that cannot be found on maps, forgotten scientific triumphs, abandoned buildings of almost inhuman complexity. The perfect technocratic future that never came.

Any progress comes to its end earlier or later, it can happen due to different reasons – nuclear war, economic crisis or natural disaster.. For me it’s interesting to witness what is left after.”

Come see the photos in this small exhibit for yourself and experience the mixed emotions about technology that they will evoke in you.
The exhibit will last from Monday, November 30th until it is taken down on December 16th 2015. Access is free and unrestricted (pun intended) in the Entrance Hall of the Aula building of the TU Delft. 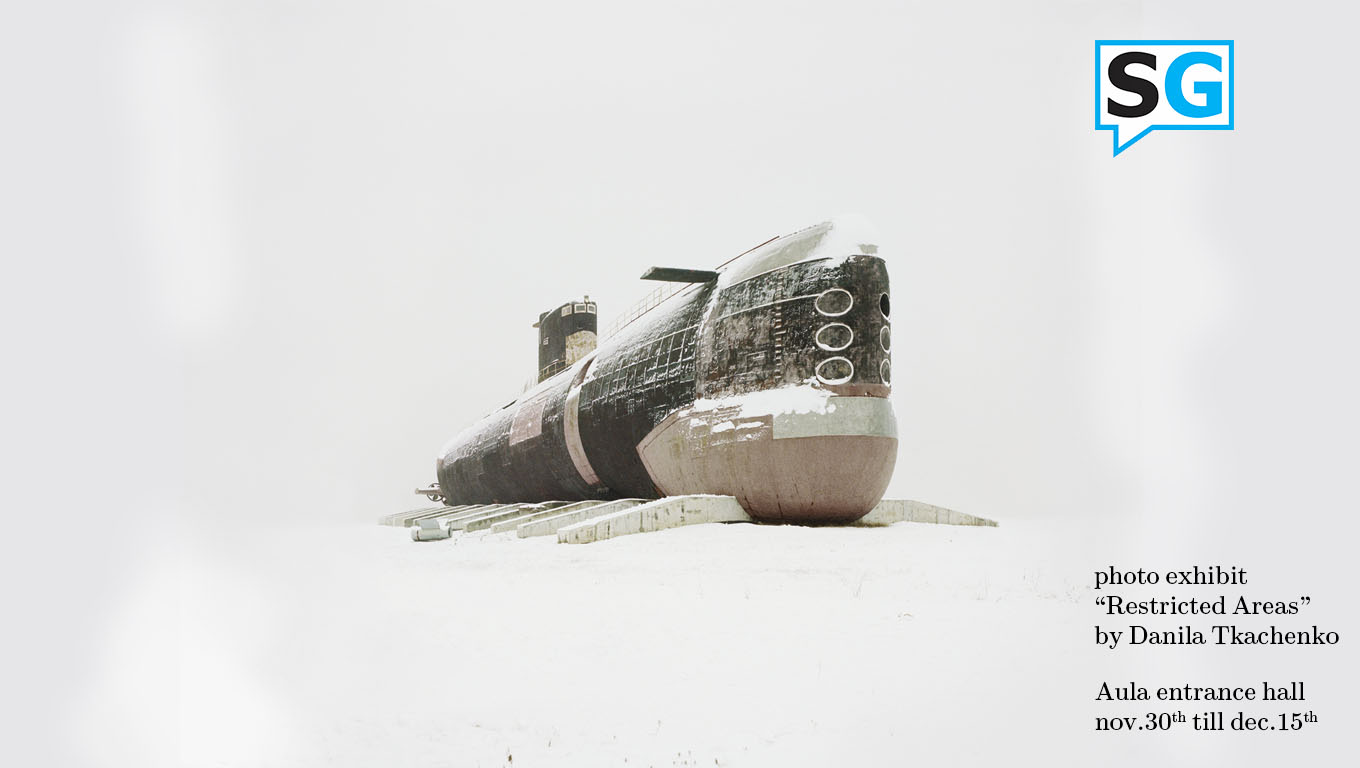