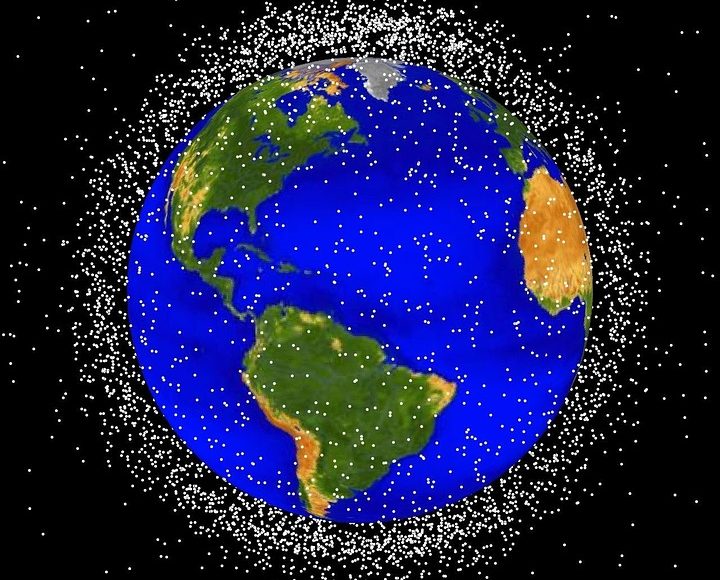 Recording: The Afterlife of Satellites: past, present, future

Satellites are vital to the functioning of our modern world. They provide mass communications, GPS and track the earth’s climate and agriculture. Since the launch of Sputnik, the first satellite ever, in 1957, thousands of satellites are orbiting the earth. In their afterlife however, inactive satellites can turn into space debris. Currently there is an ever increasing flow of space debris orbiting the earth which can become a huge problem. As of now, the Kessler Syndrome is a real possibility. In this scenario a chain reaction of collisions is exponentially increasing the amount of debris leading to dangerous clouds of space debris which have the potential to destroy everything in their wake, such as satellites, space stations and astronauts. The likelihood of it happening is increasing and solutions now and in the future need to be found.
In this discussion different experts will highlight their vision and perspective on dealing with space debris now and in the future. Michel van Pelt of the European Space Agency will present the e Deorbit mission which aims to remove debris from space. Tanja Masson-Zwaan of Leiden University will highlight the role of space law in regulating and safeguarding space. Eelco Doornbos of TU Delft will explain how space debris can be used as an object for scientific research, to learn about the structure of the earth’s atmosphere. Chris Kievid of Studio Roosegaarde presents the first sketches of their ongoing project on space debris.