Recording: TU Delft and the Colonial History of the Dutch East Indies

At the turn of the 20th century approximately one-third of all engineers that finished their studies in Delft went to the Dutch East Indies (present day Indonesia) to pursue a career in the Dutch colony. They found work in, for example, (coal) mining, at oil companies, large scale civil engineering projects or in water management. In this way they became part of the Dutch colonial context.

Why were these engineers so well-fitted to the Dutch colonial project? How was this institutionalized in Delft and how did this change over time, for example when the Technical College in Bandung was founded?

Studium Generale invites TU Delft University historian Abel Streefland to tell us more. One of Abel’s recent research topics is the different relations that existed between TU Delft and the Dutch East Indies. 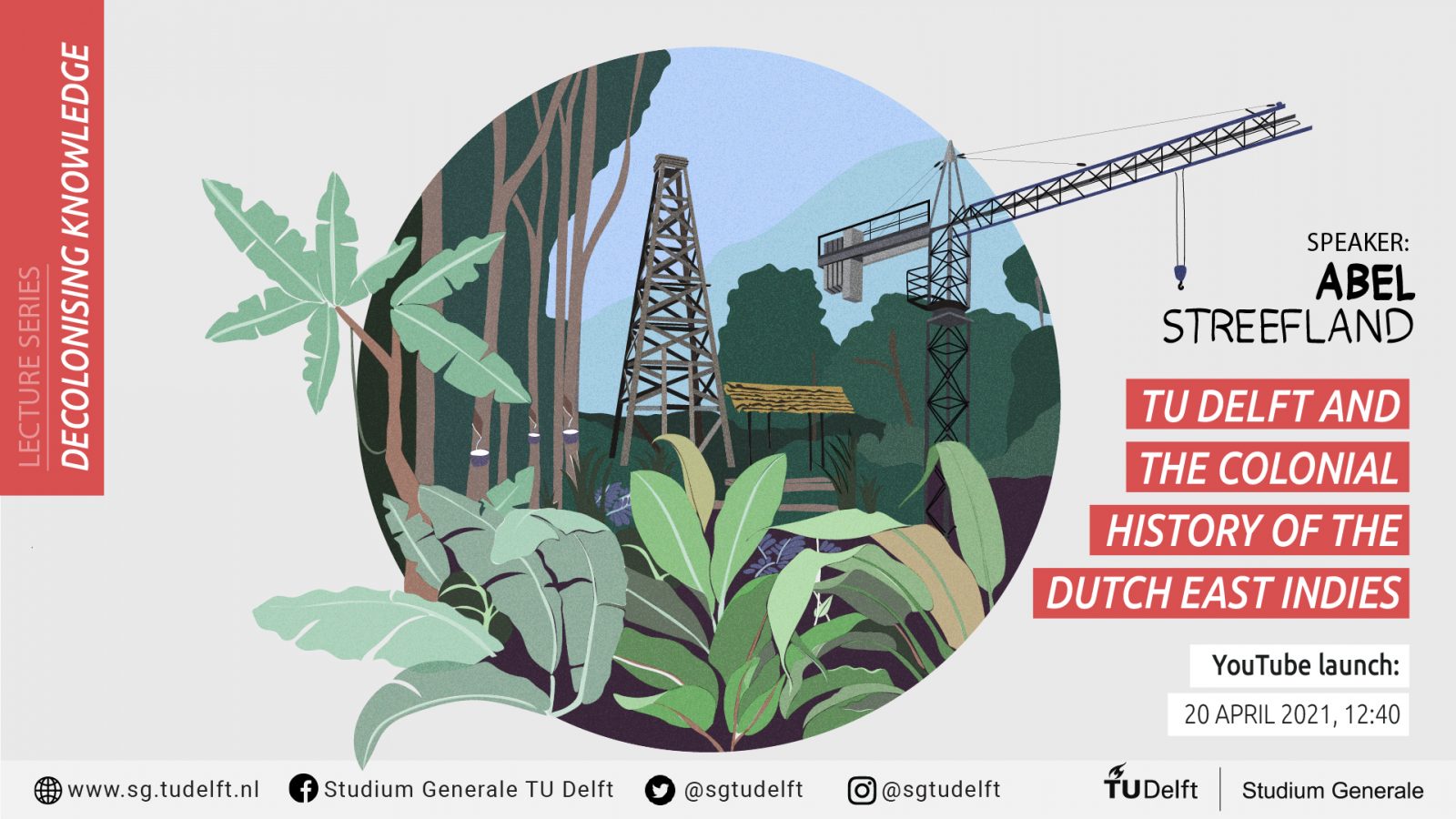 The Decolonising Knowledge series will be launched as pre-recorded lectures on YouTube on select Tuesdays in February, March, and May 2021. Live online discussion sessions will be organized on Tuesday evenings via VOX Delft, the open discussion platform of the TU Delft. You can join them for free through the VOX Discord server here. Download the Discord app beforehand (also free) if you want to be able to see other peoples’ video. You can find some tips here to get you started on using Discord.