When the TU Delft introduced the Free Zones on campus about a year ago, I have to admit my first thoughts were ragingly

cynical.  This must be a joke, I thought: in order to improve the quality of life on campus, a team of grown up people spent a good deal of time (and $$) working out a plan where a patch of land is emblazoned with a large red FREE ZONE text and outfitted with wifi, water, and electricity, so that students can do fun stuff outside. Sounds great in theory, but in practice these patches of land come with all sorts of regulations. And bureaucratic procedures. So they’re not exactly free. And they’re hardly being used at all, at all. And of course it’s too cold and wet most of the year to use them anyway, and so on and so forth.

Not to mention the fact that naming them Free Zones is highly reminiscent of the “free speech zones” in the USA, where democratic protestors are corraled into fenced off areas where they are allowed to “safely” protest and exercise their democratic freedoms.

And not to forget the implication that everything outside the Free Zone is, somehow, Not Free. Did you consider that? You’re walking around or sitting in an implicitly unfree zone right now. 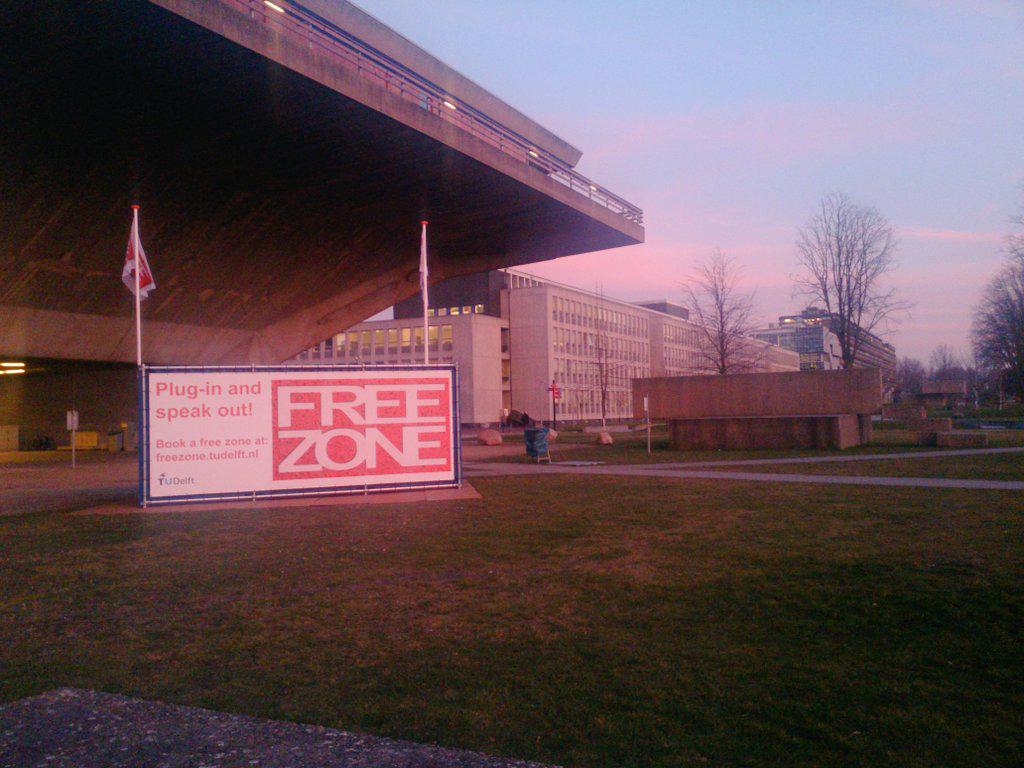 So much for my ragingly cynical first reaction. I don’t want to be a hater, or at least: I don’t want it to end there. Luckily, it turns out there are positive aspects to the Free Zone phenomenon as well. A way that they can be used for a greater purpose: namely, to house refugees on campus. The pamphlet below is a brilliant satirical piece by pseudonymous student Karel de Kleijne. Let us know your thoughts on the Free Zones and the refugee idea in the comment section below. 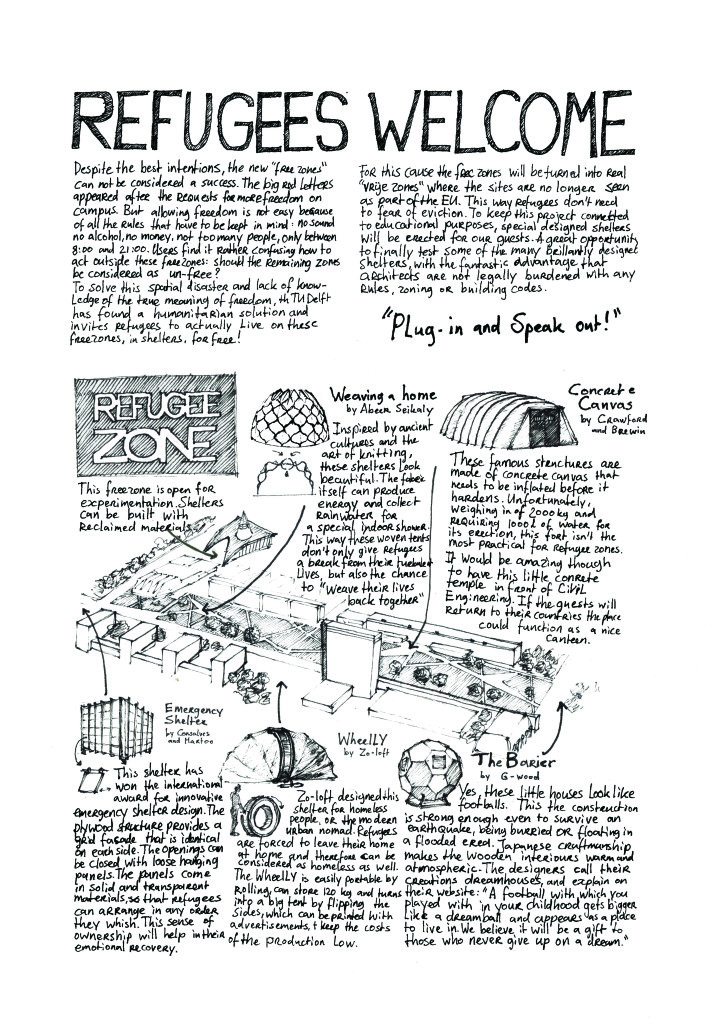