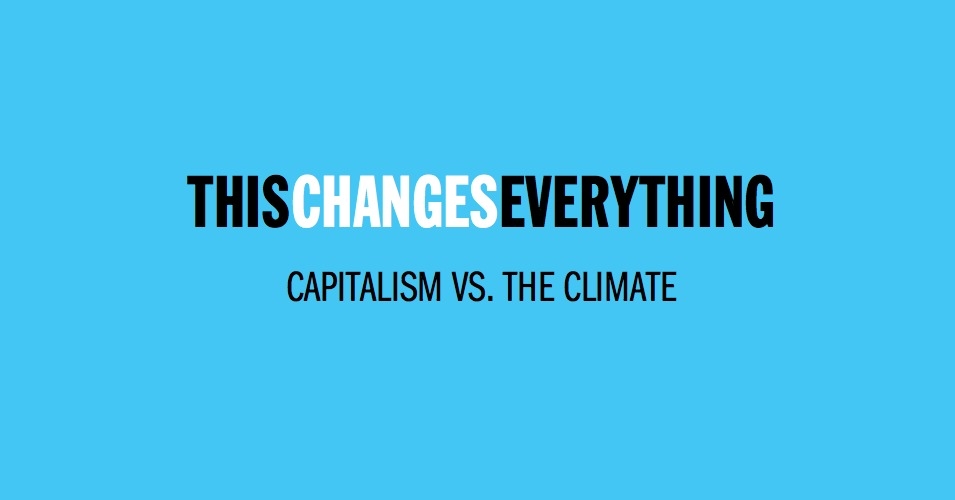 Documentary followed by a discussion

DOCUMENTARY: This Changes Everything

What if confronting the climate crisis is the best chance we’ll ever get to build a better world?

Filmed over 211 shoot days in nine countries and five continents over four years, This Changes Everything is an epic attempt to re-imagine the vast challenge of climate change.

Directed by Avi Lewis, and inspired by Naomi Klein’s international non-fiction bestsellerThis Changes Everything, the film presents seven powerful portraits of communities on the front lines, from Montana’s Powder River Basin to the Alberta Tar Sands, from the coast of South India to Beijing and beyond.

Interwoven with these stories of struggle is Klein’s narration, connecting the carbon in the air with the economic system that put it there. Throughout the film, Klein builds to her most controversial and exciting idea: that we can seize the existential crisis of climate change to transform our failed economic system into something radically better.

We live in a time where profit correlates directly with harming our chance of survival.

Could it be that the way we do business in the free world is a danger to our very existence? Naomi Klein’s documentary makes the case that the current system of neoliberal market fundamentalism is hampering our ability to tackle climate change. This system encourages consumption, is dotted with mega-mergers and corporations that are becoming too large to be accountable for their own actions. With climate change looming, the clash between profit and ethics is waking us out of an unhealthy reality. In this light, climate change could be an opportunity to change the way our system works.